A family business for one hundred years, and one hundred years 'on the road'. What began in 1919 with a horse and cart has grown into an international company with a unique concept for the entire transport sector.

A 16-year-old boy sits on a horse and cart. He is on his way from Enschede to his hometown, Ootmarsum. It is Antoon Heisterkamp; who has just picked up a load of barrels of beer from De Klok brewery in Enschede. In the shed behind his parental home in Ootmarsum, there is a tap installation with which Antoon bottles the contents of the barrels in swing-top bottles. He takes care of the delivery himself, on his horse and cart.

More and more often, Antoon is asked to take a load to or from Enschede. In 1922, Antoon decides to take the plunge and buys a lorry. In those years, there was not much choice yet; a Ford it is. 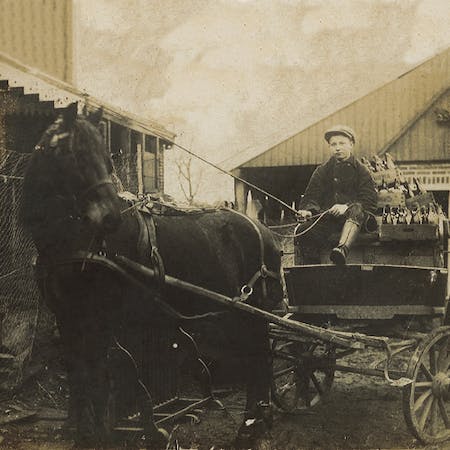 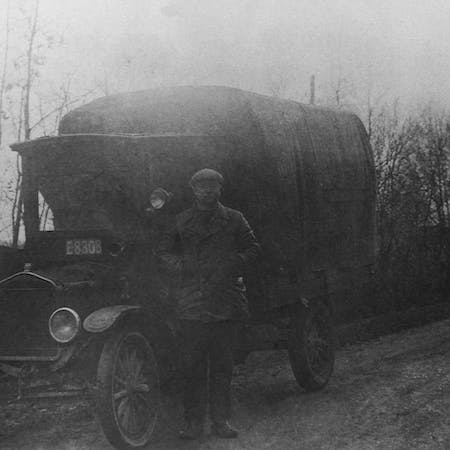 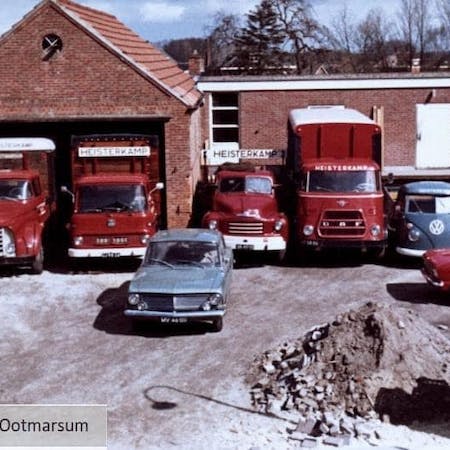 During the Second World War, it became more difficult to continue the business. Although the Wehrmacht confirms in a 'Bescheinigung' that Heisterkamp may continue the activities, it does not stop the Germans from requisitioning the first car and later the remaining horse. Fortunately, the mayor of Ootmarsum decides to intervene in the matter, and Antoon gets a horse and cart again because it is necessary for his profession.

In the early 1950s, there is once again room to take on an employee: a driver. The hospitality industry also slowly starts to recover, which has a favorable impact on the liquor trade.

Heisterkamp now has a good reputation as a forwarding company. The permits to drive abroad require a substantial investment. In the mid-seventies, Heisterkamp decides to invest in them anyway to be allowed to drive internationally. It turns out to be a good decision; the trips to Scandinavia are a great success.

In the early 1980s, Heisterkamp makes an important choice for Transport: the company will focus exclusively on 'trailer trucking'. Heisterkamp provides the transport; the customer is responsible for the cargo. Bennie Heisterkamp has a solution for customers who do not have their own trailers: they can rent a trailer from Heisterkamp. 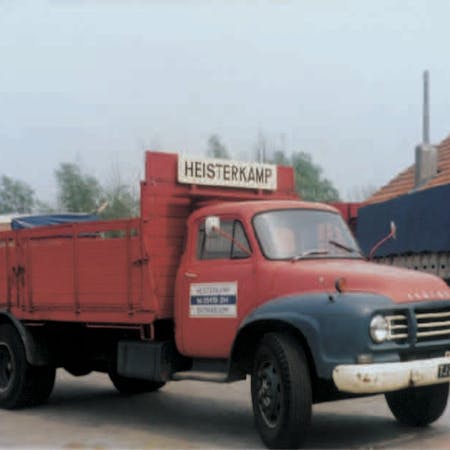 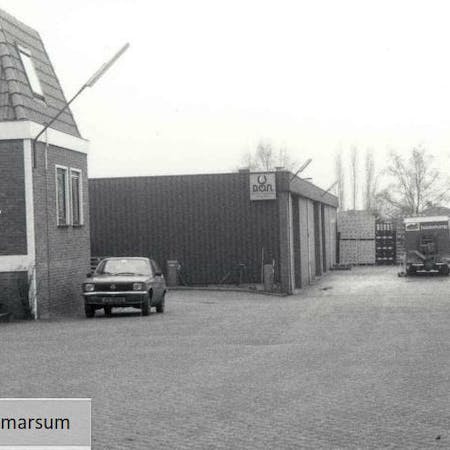 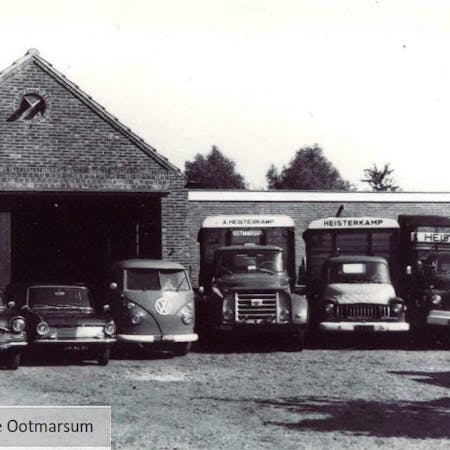 Heisterkamp Transport moves to Oldenzaal in the early 1980s, while the liquor trade remains in Ootmarsum. Under Bennie Heisterkamp's leadership, Heisterkamp Oldenzaal continues to grow and, due to its continuing activities in Travemünde, opens a branch there as well.

In the meantime, the trailer activities have also grown, and at the end of the 1980s, the rental division is established. Heisterkamp neatly delivers these at their destination. To anticipate this even better, depots are set up nationally and internationally.

In the early 1990s, Heisterkamp moves to its current location at the Hanzepoort in Oldenzaal. This move is a prelude to years of continuous growth. In the early 2000s, Gerben Heisterkamp, Bennie's son, joins the company. In the following years, he takes over the helm of the company.

In the year 2000, business is booming at what is now the now largest trucking company in Europe. Heisterkamp 'rides' into the new century with over 400 trucks and more than 600 very committed and highly motivated employees. Within three years the numbers rise to 550 trucks (and 500 trailers) and the number of employees approaches the 1,000 mark. Heisterkamp flies like a bullet into the top 3 of fastest-growing companies in the Netherlands and is even the undisputed number 1 on a European level in terms of growth within the transport sector.

Increasing globalisation reiterates the vision that the time is ripe for international expansion. More branches in Europe follow. But Gerben also realises that the company has to have a solid foundation to enable further growth and optimally spread risks. Apart from professionalising Trailer Rental, new business units shoot up like daisies under his leadership: in 2005, Heisterkamp Fleet Rental BV and Heisterkamp Trailer Service BV. Until then, everything fell under Truckservice. Heisterkamp Trailer Service GmbH sees the light of day in 2006, the year in which the company reaches a new milestone with its thousandth truck. In 2008, Heisterkamp Used Trucks is founded. 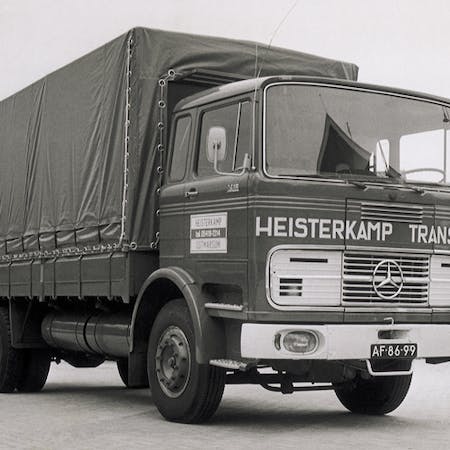 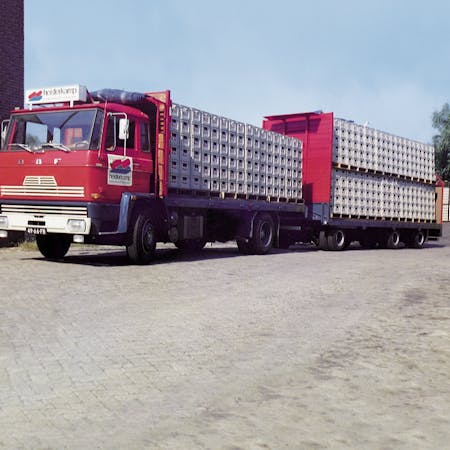 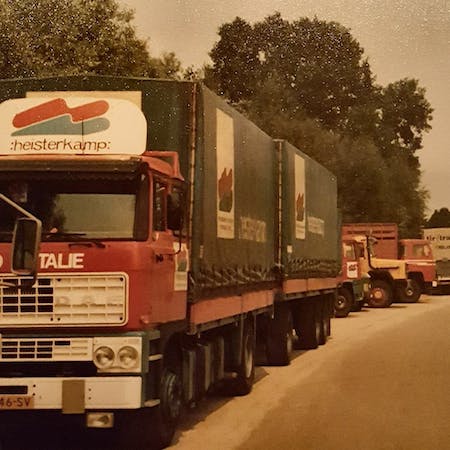 After the economic crisis of 2009, Heisterkamp soon makes a comeback from the difficult years. In the meantime, crisis years or not, international offices follow one after the other. European expansion continues with the opening of offices in Riga (Latvia) in 2011 and

Cluj-Napoca (Romania) in 2015. In the same year, an additional German branch office is opened in Hamm, from which primarily foodstuffs are transported.

A wonderful acknowledgement follows in 2015, 2016 and 2017, when Heisterkamp Transportation Solutions gets to call itself 'Best Managed Company'. ING and Deloitte nominate the company as one of the best-managed companies in the Dutch medium-sized and large enterprise sector. Assessed aspects include strategy, operations, innovation and financial results. Equally important: despite its size, the characteristic warm character of a Twents family business has been preserved.

In 2019 Heisterkamp celebrated its 100th anniversary, something Antoon Heisterkamp could not have imagined in his wildest dreams. The horse and cart beginning has grown to roughly 1,500 employees, 5,000 trailers and over 750 trucks. 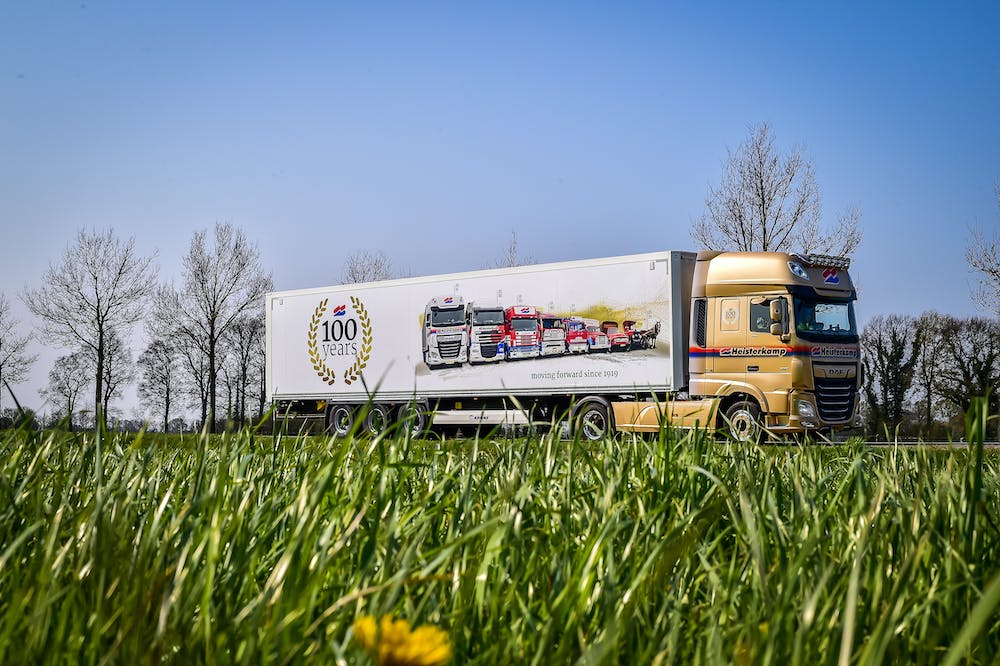 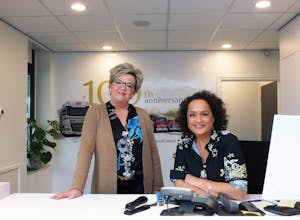 Please feel free to contact us to discuss the options that suit your needs and organisation.